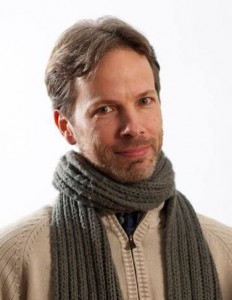 James Kimball holds a Bachelors degree in commerce from St. Mary’s University, and a Bachelors degree in education from Brock University. After a period of time teaching and communing with polar bears in the wilds of the Canadian north, James returned to Halifax, N.S., to work in the film and television industry. He began his career as a production assistant on the Redstar documentary The New Light Experience of Henry Alline in 1999, and quickly moved to production management on projects as diverse as the television series Chef at Large and documentaries such as Stanton T. Friedman is Real and Do You Believe in Majic. He then served as a co-producer on the television series The Classical Now, and the documentaries Best Evidence: Top 10 UFO Cases and Fields of Fear. In 2008-09 he was the line producer on the Canadian series Ghost Cases (where he also made his first on-screen appearance as the demon of the St. Andrew’s courthouse in a re-creation sequence), and then he served as the Production Supervisor and co-producer for the feature films The Cuckoo in the Clock and Roundabout. His most recent credits include Production Manager on the 2016 feature film Exit Thread, Production Manager on the first four seasons of Haunted, and Supervising Producer on the first season of Cinema 902.

In 2020, James stepped behind the camera as director for the first time on the documentary series Handcrafted, which he also created and wrote. He will be returning to the series in 2021 for a second season.