In 2009 and 2010, best friends Paul Kimball and Holly Stevens thrilled Eastlink viewers with their exploits in Ghost Cases, a ground-breaking series for the network that put a uniquely personal spin on one of the most enduringly popular types of factual programming.

Paul and Holly investigated some of the most frightening stories and locations in the Maritime Provinces. They confronted their innermost fears with each new encounter, and challenged their preconceived notions about what might lie “beyond” for all of us. During it all, Eastlink’s audience was able to experience the excitement and adventure of the very best local ghost stories through the exploits of their very own Mulder and Scully.

And then, like their fictional X-Files counterparts, the dynamic duo left the world of the paranormal behind. Paul continued his career as an award-winning film director based in Nova Scotia (while also writing a critically-acclaimed account of his experiences in the book The Other Side of Truth), and Holly moved to British Columbia to further her studies in science and to continue her career in the film industry. 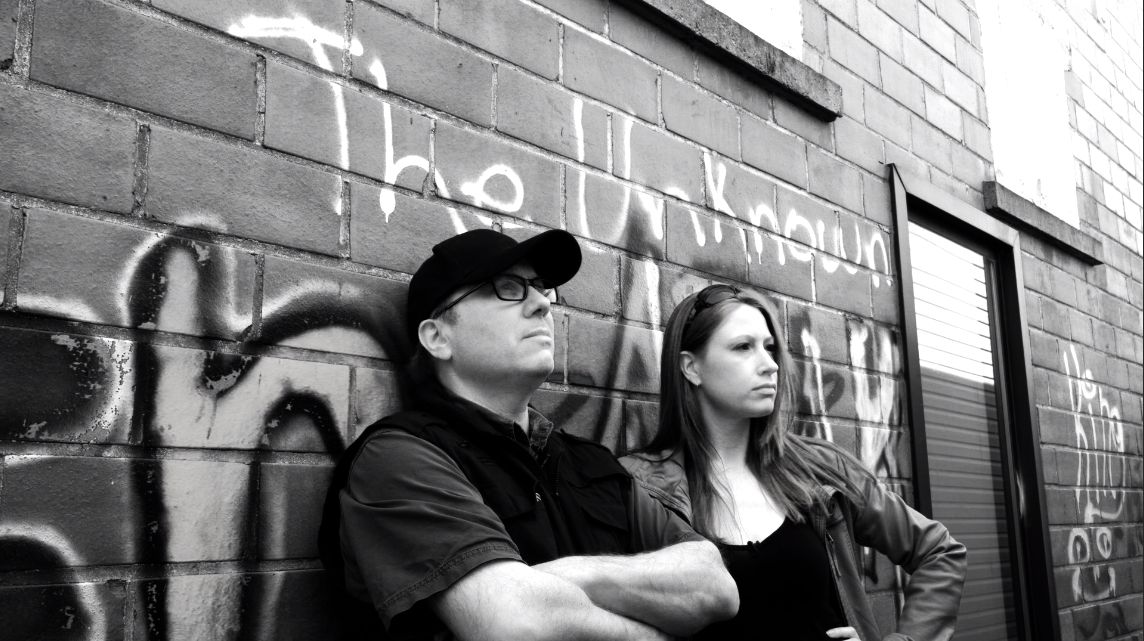 But while they were separated by both distance and time, the dynamic duo remained haunted by the realization that their experiences on Ghost Cases had left them with far more questions than answers. Their journey, they knew, wasn’t over – it had only just begun.

A decade later, Paul and Holly continue that mysterious journey of adventure and discovery in Haunted, a series that takes viewers deeper than ever before into the darkest and scariest corners of the Maritime Provinces. Each week, they venture forth once again with open minds, all the latest tech gear, and a team of investigators, in a renewed investigation of the places in our own proverbial backyard that send shivers up our spines and haunt our dreams late at night, all with the goal of making direct, personal contact with whatever might be waiting for them out there.