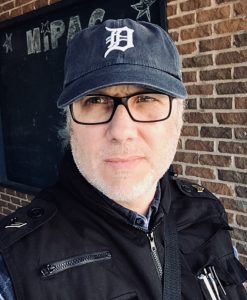 After winning multiple scholarships and awards, Paul Kimball graduated from Acadia University with an Honours degree in History and Political Science in 1989, and from Dalhousie University with a law degree in 1992. Paul is a former Program Administrator for the Nova Scotia Film Development Corporation, a consultant for Salter Street Films (where he was involved in the creation of the Independent Film Channel), and a film industry consultant for the governments of Prince Edward Island and Newfoundland. He is a past president of the Nova Scotia Film and Television Producers’ Association, a former member of the Province of Nova Scotia’s Film Advisory Committee, and was a founding member of the Motion Picture Industry Association of Nova Scotia.

Paul has written, directed, and produced a wide variety of programming for television for multiple networks, including Bravo, CBC, Space, Knowledge, SCN, TVNZ, and Eastlink. These include the television series The Classical Now and Ghost Cases, and the documentaries Best Evidence: Top 10 UFO Sightings, Stanton T. Friedman is Real, Do You Believe in Majic, Fields of Fear, The New Light Experience of Henry Alline, and Denise Djokic: Seven Days and Seven Nights. He has also written and directed three feature films – the thriller The Cuckoo in the Clock (2013), the science-fiction drama Roundabout (2014), and the multiple award-winning drama Exit Thread (2017), and has served as Executive Producer of the feature films The Last Divide, Aliens With Knives, and Creepy Crawling, all released in 2018 as part of Cinema 902.

Paul is currently the writer, director, executive producer and host of the ongoing television series Haunted, and the writer and director of the ongoing series Maritime Museums. In 2022 he begins work on a new series, The Architecture of Faith, and also acts as a producer on the series Prodigal, as well as the series Women Now, Maritime Ink, Locally Owned, and Style East for Garnan Productions. His most recent feature film, The Colour of Spring, was released in November 2020, and enjoyed a worldwide festival journey, where it has multiple awards. In 2022, four new films debut on which he acted as Executive Producer, as part of a second series of Cinema 902 – I Am Not A Hero, The Human Limit, Sifting, and Sleepwatching.