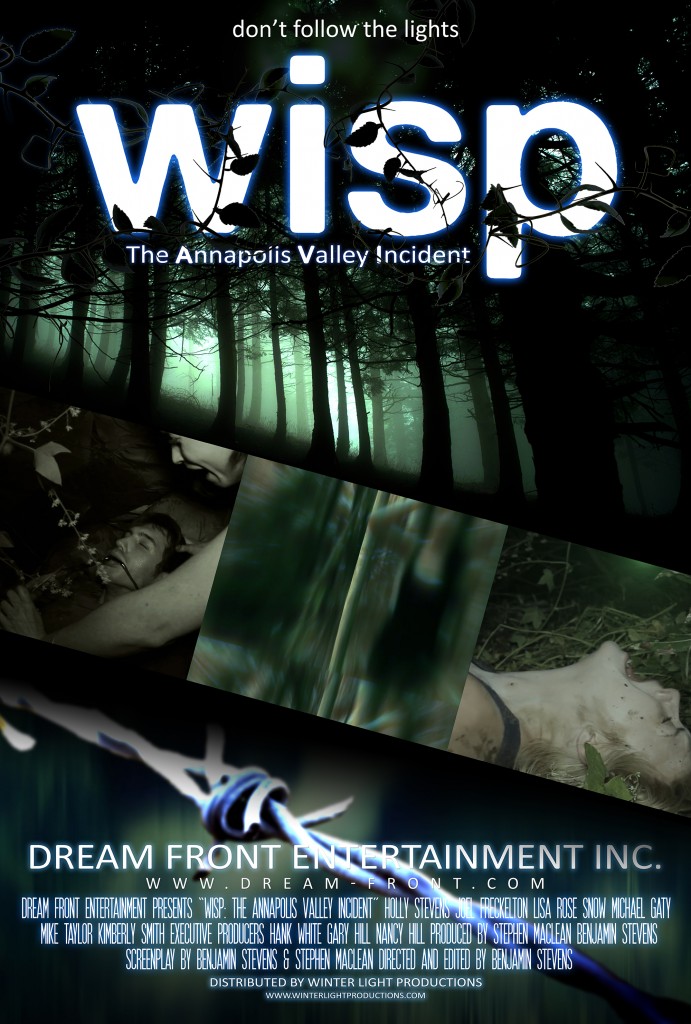 Winter Light Productions is happy to announce that it has signed a deal to act as the worldwide distributor for the feature film Wisp, a gripping lost-in-the-woods video-verite horror flick that begins with a whimsical search for the lights of the Will O’the Wisp and then descends into a struggle for survival against an unforseen biological threat. As four attractive, articulate and gamely overconfident pre-grad twentysomethings become inarticulate, unconfident and unattractive as they face the growing unknown, the film’s intensity builds expertly into a palpable sense of terror. Tense, engrossing and tersely executed, Wisp is a briskly original take on a well-worn genre that examines the fragile bonds of today’s social-media-mad generation.

Wisp was produced by Dream Front Entertainment, and is the feature film debut for director Benjamin Stevens, who also co-wrote and co-produced the film with Stephen MacLean.