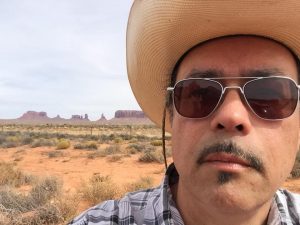 Greg Bishop is a Los Angeles-based researcher, author, and radio host with a longstanding interest in the paranormal and esoterica. He co-founded The Excluded Middle in 1991, a journal of UFOs, conspiracy research, psychedelia and new science. His books include Wake Up Down There,  Project Beta: The Story of Paul Bennewitz, National Security, and the Creation of a Modern UFO Myth, Weird California, and It Defies Language. He also contributed an essay entitled “The Co-Creation Hypothesis: Human Perception, the Informational Universe, and The Overhaul of UFO Research” for the anthology UFOs: Reframing the Debate. For two years Greg hosted The Hungry Ghost, a radio show of interviews and music airing on pirate FM station KBLT in Los Angeles. He currently hosts the long-running show Radio Misterioso, which has featured in-depth conversations with many of the leading researchers in esoterica and the paranormal over the years. He is licensed to fly aerial drones for commercial clients, is a certified paraglider and ultralight pilot, and holds a private pilot license. Greg has visited Nova Scotia numerous times, and lectured at the 2016 and 2017 East Coast Paraconferences, and the 2006 New Frontiers Symposium.

In the first 60 years of looking at UFOs and many thousands of reports, we have not moved any closer to a provable theory of their origin. The answer (or part of it) may lie within the human mind. Science is increasingly acknowledging that consciousness plays an intimate role in shaping what we think of as reality, and our brains and nervous systems are the main instrument that experiences strange phenomena. Greg Bishop will examine theories of mind-matter interactions and how these may lead us to a better understanding of the source of UFO reports.